On 9 October 2019, with the act of laying the foundation stone, LUMEL SA began the construction of a new industrial automation plant in Zielona Góra. Thanks to the combination of the latest industry standards with the idea of “Industry 4.0” and the use of renewable energy sources, the new plant will be one of the most modern facilities of this type in Europe. Sports & Recreation Centre LUMEL-ARENA, which will serve both the employees and their families, will be built next to the plant.

“This new factory is an important part of our development strategy. We want to create not only a production plant that meets the highest world production standards, but also a major Research and Development Centre. I firmly believe that with this investment we are writing a new chapter in the history of Lumel, which began in 1953 at 1 Sulechowska Street in Zielona Góra. We have ambitious development plans. Apart from the continuation of work related to the development of equipment and systems dedicated to the traditional energy and measuring sector, we are planning to start the production of devices for renewable energy sector here. The first group of devices in this series will include solar inverters with a capacity of up to 50kW, followed by, among others, energy storage facilities for renewable energy systems.
In the new plant we are also planning to launch projects related to the automotive industry – said during the ceremony Dinesh Musalekar – the President of LUMEL SA.

The new plant and the Sports & Recreation Centre are being built on 1,5 ha parcel. The size of the plant covers 4 400m2 and the area of the sports centre is 1 300m2. The estimated cost of the investment amounts to PLN 30 million. The general contractor of the investment is M&J Sp. z o.o.
The plant is to be commissioned in June 2020. 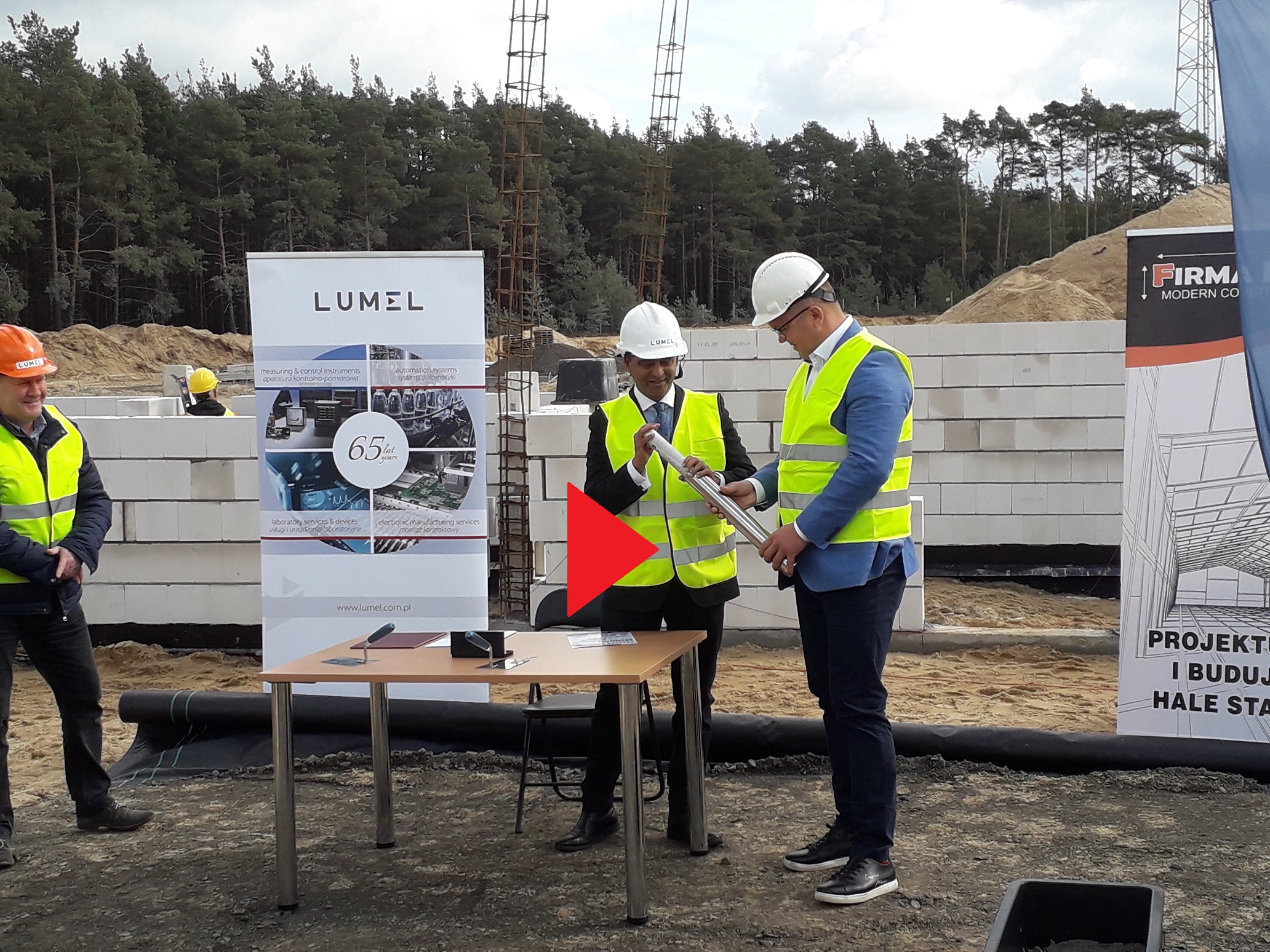